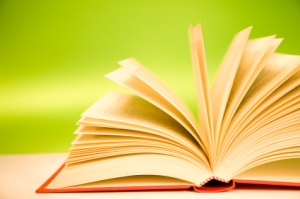 Books, reading and blogging about both topics has become quite a passion. It’s bliss to read as much and whatever I like after the PhD.

Some of you might have noticed the ‘Desert Book Chick‘ page at the top of the blog.

Well, I’m pleased to announce that my obsession passion for books and reading has a new home: its very own website.

It’s not ‘officially’ ready yet. I’m still tweaking the design and I need to go out and snap the photo header I can see in my mind’s eye. However, as I’m a little too excited about the new site (and I’ve been working on it all weekend!), I thought I’d share the news and the link now.

Perhaps I’ll have a little local soiree at Olive Pink Botanical Garden on Sunday afternoon to celebrate. So if you know where that is, and you’re able to get there…. 2pm Sunday afternoon.

Last year, Alice Springs had only 77mm (about 3 inches) of rain for the entire year.

The Todd River, usually a dry sandy expanse fringerd by towering River Red Gums, has broken its banks. It’s a swirling, muddy morass, flowing out into the Simpson Desert and recharging our precious underground water supply.

We don’t get a lot of rain here, and we love it when it rains. There’s crazy tourists to watch, who take loads of photos of the Todd River in flow. And there’s locals, who just stand and watch the river, the rain, the clouds, enjoying something we don’t often see. Of course, there will be an explosion of mosquitoes (mozzies in Australian English), ready to gobble my blood.

Apparently, the Ghan Train was stopped at Ti-Tree because the tracks were washed away and it had to go back to Darwin. The waterholes will be full, birds and animals will breed, trees will flower and we’ll have a magnificent bloom of desert annual flowers.  Photos, photos, photos!

There’s a new page for my new blog (I Hate Books) at the top of the page. I want to improve the design of the new blog and need some help with adding a background pattern and a suitable background colour. I would like something Eastern/Indian Spicy. If you’re good at CSS in WordPress.com blogs, please leave a comment. I’m too chicken to brave the somewhat blunt and rude WordPress Forums.

At I Hate Books, I’m going to be blogging about books, book culture, books challenges, and perhaps some world music as well.  This means that I won’t be posting books reviews here anymore.

I have been doing a lot of asana which does seem to be helping. I’m feeling better mentally, although I had a couple of really bad days this week. I almost thought we weren’t going to Indonesia, due to a hiccup with Mr AnthroYogini’s leave.  Which was devastating.

My leave coincides with Mark Whitwell’s visit to Melbourne, which Nadine is organising. So yet again, I won’t be able to see Mark 😦

I have been able to get through a month of doing yoga 5 days per week, and I really feel it’s made a difference. I’ve also started running again (although the rain put a hole in my schedule over the last few days) and I’ve completed two weeks of one of the harder Turbulence Training programs.

I need to get up my courage to go back to the gym, and to get out of bed and go running of a morning rather than in the afternoons. It’s often 40 degrees (Celcius) here through summer, so afternoon running leave you dehydrated! Anyone want to nag me to get out of bed? I have no problem waking up. I just lay there and read, or get up and make breakfast.

As for the gym… it’s the attention of other people and the questions about how I am and where I’ve been. Comments like: ‘…hello stranger…” that I don’t want to face. Sure they’re well-meaning, but when you live in a small town, are an ex-instructor and are depressed, you don’t want attention. You just want to be an anonymous participant at the back of the class.  I think the only way to get over this is to go with Rhiannon (whose teaching at the gym on her uni break), so that attention is diverted from me. It’s that first class that’s got me.

I can’t face it alone, I don’t feel my usual fearless self.

After yesterday’s bizarre internet problems (DO NOT let you children play Mario Kart online using their Wii!), I’m back with my normal ADSL speed. Ahh… more about this in Wednesday Whiteboard.

But for now, here’s the June Book Reviews.

END_OF_DOCUMENT_TOKEN_TO_BE_REPLACED

A brief synopsis of the books I’ve read during the past month –whether I liked them or not!

This ethnography examines the history and of Hermannsburg (Ntaria), a remote Central Australian Aboriginal settlement, that was originally a Lutheran mission. Di Austin-Broos is an anthropologist (yes, I know this lady!) with a long association with Western Arrernte people. The book is relatively easy to read for non-anthropologists, although in keeping with Dianne’s writing style, is jam-packed with ideas and ethnographic interpretation.

Di critiques both the Mission and Outstation Movement (the movement of Aboriginal families back onto ‘homelands’ during the 1980s and early 1990s), and also has a bit to say about the recent Federal Intervention. I really enjoyed this book, as I know many of the people within it (like the Malbunka and Inkamala families), but I also enjoyed the insights into life on family outstations and community politics that I haven’t quite got my head around at Hermannsburg (yet).  I highly recommend this book for anyone interested in Central Australian history or Western Arrernte people.

Shadows on the Path – Abdi Assadi

What can I say? If you do yoga, if you are into spirituality, or if you’re a thinker READ THIS LITTLE BOOK.

It’s rare that I wax lyrical about spiritually-oriented books. Most often, I find them sappy and Holier-Than-Thou. Adbi Assadi, an Iranian-born immigrant to the US, who’s life story and experiences are amazing in themselves, writes prose that reads like poetry. He captures the reader with his pragmatic, non-sucky wisdom and doesn’t let you go until the book is over. I have found myself returning again and again to his words, saying: “…ahh. That’s just how I feel. That’s exactly what I’ve experienced.” He captures the essence of contemporary life and spirituality in one slim, readable book. If you like Donna Fahri or Stephen Cope, you’ll devour this book. The book is self published and available here. You can listen to an extended interview with Abdi here.

From time to time, I read a crime fiction (Kathy Reichs remains my fave). After a conversation at work, Jammiegirl lent me this book and another (Jammiegirl and I work together). I hadn’t read a Linda Fairstein novel before.

I’ll be honest. The writer makes two deadly assumptions which, for me, made the book hard to enjoy:

However, I did like the historical detail and by halfway through, when I’d finally become accustomed to the narrative’s assumptions, I couldn’t put the book down. The book focuses on the murders of three girls, all tortured but apparently not sexually violated, and then the race to find a fourth girl who goes missing. The plot is fast-paced, the atmosphere dark and misty, and comes replete with a red-herring perpetrator who gets his just-desserts in the end. I did find the heroine, Alexandra Cooper, irritating. She’s 5’9, leggy, blonde, dating a jet-setting French restaurateur, and way too girly and uptight for me to relate to. I was able to ignore her sissy foibles because the action got me in. I would, however, like to take Alexandra Cooper camping in Central Australia. Camping. Overnight. In. A. Swag. Sleeping. On. The Ground. With ANTS and no TOILETS! No high heels, either. (I’m so evil!).

Recommended as a good quick read that won’t steal too much of your life away.

I listened to Get Motivated as an audiobook. I had high hopes for this book, judging from the book’s blurb on Audible. I really thought it would be helpful.

I’m going to be blunt. DO NOT get the book as an audiobook. Tamara Lowe has a voice that could sour milk. Truly, I tried to persevere with this book, ignoring Tamara’s voice (and that’s Tamara pronounced camera or as in Gamera, the Japanese sci-fi monster) as she massacres the English language (she pronounces ‘forward’ as ‘faux-PAUSE-word’. I kid you not.). However, what really got up my nose was when I heard her praising Margaret Thatcher as “…one of the most outstanding figures of history”. I began to get suspicious. However, when I heard her recommending a ‘motivational’ book written by the evangelist nutter, Billy Graham, and lastly, giving instructions on how to locate all of the paedophiles in your neighbourhood (Tamara has located 200+ living nearby her home), I said ENOUGH!

The good stuff: she has her own psychological-typology that’s easier to use than Myers-Briggs. She calls this ‘Motivational DNA’ – a ‘try hard’ label that I don’t like at all. However, the system itself is interesting – and there’s even a test you can take to self-type yourself. Her pointers for motivating or avoiding conflict with the various types are good – however you can find them elsewhere, and you won’t have to put up with Billy Graham.

Overall, the ugly Christian, soccer-mom, I’m a recovered drug addict sermonistic tone of the book really made me want to VOMIT. I’m sorry, but I cannot recommend this book. 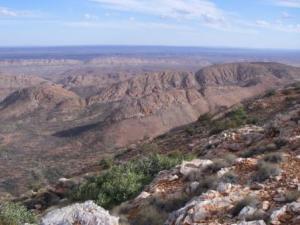 Last Saturday night we watched the movie, Into the Wild. If you’ve been a reader of this blog or my other blog, you might glean that I’m a fan of Jon Krakauer’s work. Into the Wild was Jon Krakauker’s first notable book, written in 1996, before Into Thin Air. Sean Penn is one of the directors of this movie. Whilst the movie is at times as frustrating as it is disturbing, it’s well worth seeing for the reasons I’m going to give below.

I love the ‘vagabond, living free and simple’ genre of books and movies. I enjoyed Huckleburry Finn as a child, Jack Kerouac’s books as an adult, travel lit of all kinds, and Rolf Pott’s book, Vagabonding, Thoreau’s Walden and so on. So, whilst I enjoyed the sense of adventure and simplicity portrayed in Into the Wild, there are other aspects of it that disturb me greatly. Incidentally, Into the Wild is based on a true story.

*If you have any other suggestions for literature that fits in the vagabonding genre, I’d love to know.