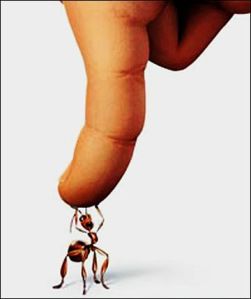 In my previous post, I wrote about the diagnosis of Bipolar II that I’d had, and a few of the reasons I’d left a workplace that I’d loved, and the dreadful story of what unfolded last year.

Now it’s time to tease out the centre piece of this story, the underlying, undeniable root cause of the malaise: the workplace bullying I endured from a subordinate.

For three of the four and half years I was employed, I and others in the workplace, including the CEO, were subjected to constant tirades, drama, intimidation and histrionics by a workplace bully.

I could continue this list, but I’m sure you get the picture.

Do you want to know the really, really, stupid thing about this? For all this time, I thought it was my inadequacy as a manager that was the cause of this…

It’s taken me almost a year to understand that this was not the case.

Indeed, the proof is in the pudding: I was asked to manage the head office and pull it out of its chaos and morale-sapping state of fear of executive management by the CEO, and get it happy and functional again.

I will not take all the credit for this. The people in the head office had previously had a very rough time with a manager from hell who’d been quickly let go due to their poor performance and appalling people skills.

As a result, the head staff had a deep mistrust of ‘management’ – and so they should! They’d been through utter horror! They needed organization and respect from their manager, as well as guidance and someone who’d stand up for them in the management team.

That was what I gave them.

Previously, I, and the team in my office, had pulled the local office out a similar kind of mire – successfully.

None of this is insignificant. I had some major achievements to my name.

So how is it, then, that this bully had me so convinced of my own failings, that I failed to see my own achievements?

…that I thought this was MY FAULT?

Truly, it was not until recently when someone outside of my old organization had a similar experience with this person, and named them as a ‘bully’ that I started to think, and understand, what had happened.

Even worse, as I’d noted in my previous post – other people within the workplace had come to me reporting this person’s bullying – but had decided not to go ahead with the formal grievance process once I’d explained it to them.

Several of these incidents were recorded by myself, confidentially discussed with the HR manager, and are on file with HR.

So it wasn’t ‘just’ me and some kind of personality conflict with this particular individual.

This persons’s behavior is well known to everyone on the senior management team, however, the hierarchy live in fear of ‘…causing World War III’ if any kind of punitive measure was brought against this person. (This was an actual conversation that took place with the CEO about the bully’s behaviour. I kid you not).

Yet I, being in a senior position within the organization, failed to recognize that I WAS BEING BULLIED.

Strangely, I thought that managers didn’t get bullied!

This is all extremely uncomfortable for me to write about.

I am still suffering mental and physical trauma from this person, even though they’ve been gone from my life for over a year.   I avoid going into town, and steer clear of anywhere that I might encounter this person.

If I see them –even from a distance, I feel physically ill and threatened. Thinking about them increases my anxiety and makes me feel scared. Actually, it gives me diarrhea (sorry about sharing my bowels with you!).

I avoid any contact at all with my former workplace.

Quite simply, this person has affected me so much, I would run away rather than face them.

And I was a Director, apparently in charge of a division within a government department.

I’m supposed to be immune to this stuff, aren’t I?

And when you leave a workplace, it’s supposed to stop affecting you…

Clearly, my bipolar comes into play in some of this – I find there’s a few key events and people in my life that continually affect me –even though they’re long in the past.

I obsessively replay and reenact certain scenes in my mind.

One day, I’ll write about coffee culture manager as an example of this – this event happened in 1997. It still makes me anxious today.

However, all of this made me question whether it’s possible for a manager to be bullied, and if so, how common is it and what should one do about it.

As I investigated the possibility of upward bullying, I came across Margaret Kouht’s book The Complete Guide to Understanding, Controlling and Stopping Bullies and Bullying at Work … and FOUND the person I’d been bullied by exactly described within its pages:

The HPD* subordinate’s manner of bullying is covert, compared to an HPD boss’s overt, attention seeking behavior. The HPD subordinate bully gets her way by needing constant attention from the manager. If she fails to get it, she will plunge the workplace into melodrama by pouting, crying at her desk where others are sure to see her, throwing temper tantrums in the break room, and otherwise disrupting the flow of doing business. The weary manager quickly learns to lavish praise upon this bully, even if it is most undeserved, jus to keep him from planning the work day into trauma. This is an unwinnable situation for the manager of an HPD bullying subordinate; the higher-ups want productivity, not excuses about historionic, unmanageable subordinates. To maintain productivity, the manager is bullied into keeping the office at peace by smoothing the HPD subordinate’s need for admiration and praise.

*HPD stands for histrionic personality disorder.  It’s a real disorder within the DSM-IV.

OK. I’m not a psychologist.  However, Kohut’s description is so accurate, I’m sure she based it upon this person.

I should have looked up workplace bullying of managers and found the solution – or at least made it clear that this kind of behavior would not be rewarded and was UNPROFESSIONAL… but the person’s physical size and bulk intimidated me.

Yes, I’m small. And this person used everything at their disposal – height, obesity, verbosity, taking up huge amounts of time – to expand and overwhelm me.

And the constant drama, the subtle, smouldering conflict made me think it was me.

Will It Ever Be Over?

Truly, I guess only time will heal this, and even then, time doesn’t heal some wounds where I’m concerned.

It’s not that I want to hold on this toxic set of memories and their damning effects.  But it just stays with me – not so easily forgiven or forgotten as the self help or therapy crowd would have you believe.

These are real wounds. Real, psychological and physical wounds, that even now, a year on, are still as raw as ever.

I honestly believe that there are some things which scar you for life. For which, at times, there is no real healing.

Something of the magnitude of this – which brought an end to my career with an organization I loved working for – I simply have to acknowledge is a wound I may carry for the rest of my life.

This site uses Akismet to reduce spam. Learn how your comment data is processed.